send us your message

Thank you! Your submission has been received!

Oops! Something went wrong while submitting the form

Mr. R my third-grade teacher used to ask everyone of his students what they are really good at and what they wanted to be when they grow up. That was a hard question answer for me big part of special-education where all I heard was what was wrong with me. One day I told him that I'm I want to be a writer because I loved to tell and listen to stories but I didn't think I could really do that because I couldn't spell.  I was nine years old and Mr. R looked right at me and said screw spelling.  As my editors will attest to, I have followed Mr. r advice. Hope you enjoy the books and essays I've written and stay in touch to learn more to come. 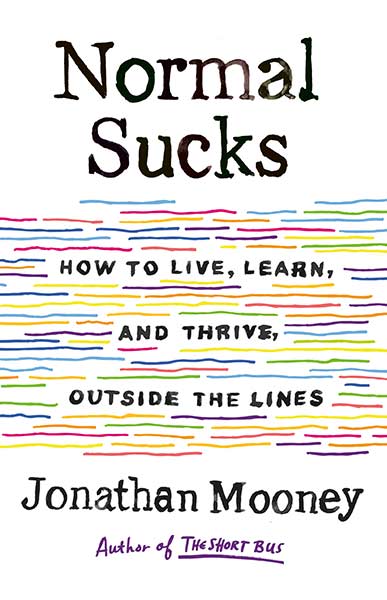 Confessional and often hilarious, in Normal Sucks a neuro-diverse writer, advocate, and father meditates on his life, offering the radical message that we should stop trying to fix people and start empowering them to succeed

Jonathan Mooney blends anecdote, expertise, and memoir to present a new mode of thinking about how we live and learn—individually, uniquely, and with advantages and upshots to every type of brain and body. As a neuro-diverse kid diagnosed with dyslexia and ADHD who didn't learn to read until he was twelve, the realization that that he wasn’t the problem—the system and the concept of normal were—saved Mooney’s life and fundamentally changed his outlook. Here he explores the toll that being not normal takes on kids and adults when they’re trapped in environments that label them, shame them, and tell them, even in subtle ways, that they are the problem. But, he argues, if we can reorient the ways in which we think about diversity, abilities, and disabilities, we can start a revolution.

A highly sought after public speaker, Mooney has been inspiring audiences with his story and his message for nearly two decades. Now he’s ready to share what he’s learned from parents, educators, researchers, and kids in a book that is as much a survival guide as it is a call to action. Whip-smart, insightful, and utterly inspiring—and movingly framed as a letter to his own young sons, as they work to find their ways in the world—this book will upend what we call normal and empower us all.

Learning Outside The Lines

The book that started it all!

Learning Outside the Lines, written when I was 21 and now in its 28th printing, teaches students how to take control of their education and find true success with brilliant and easy study suggestions and tips and challenges all readers to reimagine education 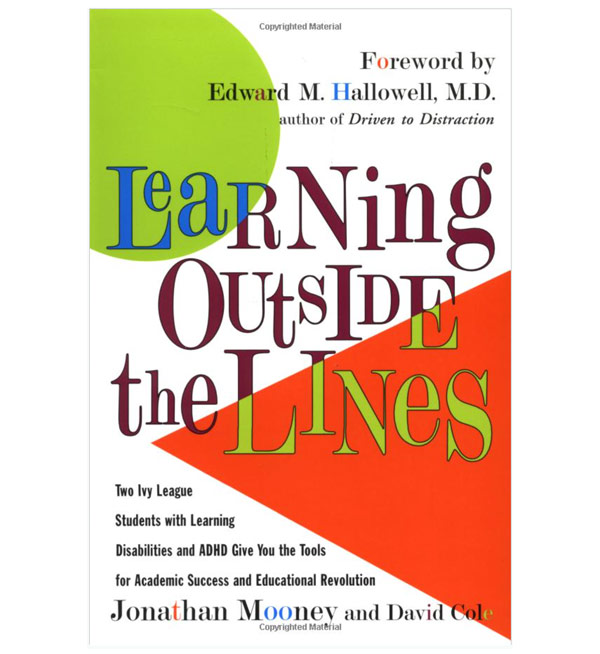 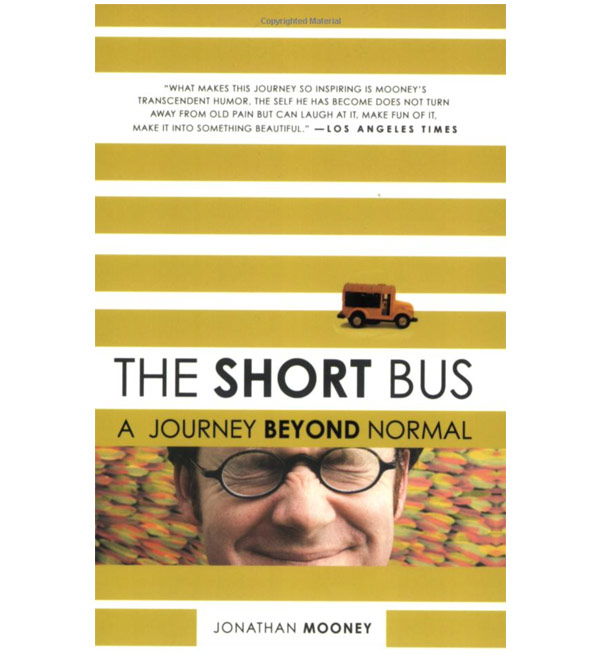 The Short Bus: A Journey Beyond Normal

In 2004 I bought an old short school bus—the kind that transports studnets to special education programs—and  journeyed across America to find others who have used humor, imagination, and resiliency to create satisfying lives beyond “normal.”

The short bus is my record of this odyssey and documents my search to help myself by learning from others once labeled abnormal who had learned to live in beautifully original ways. I meet Ashley, a deaf and blind girl who curses out her teachers in sign language; Kent, a performance artist with attention deficit hyperactivity disorder (ADHD) who loves “yo mama” jokes and may just be the new Andy Kaufman; Jeff, an obsessive eccentric whom society would label autistic, keeps unadorned lists that describe his world in unexpectedly moving ways. These people confirm my belief that “normal” is a state that no one actually visits. Everyone, I discover, must embrace even their most radical differences. The Short Bus is a rebellious, funny, and incredibly colorful investigation of life lived happily outside the lines.

A lot of interesting and influential young people happened to land at Brown University over the years, and here, to honor its 250th anniversary, are “original pieces . . . recalling their college days” by some of the best and brightest, forming a tribute not just to Brown but also to individuals and groups, to lessons learned alone and together, and to steps taken, retraced, and gone past.

I was so honored to contribute an essay called The Dyslexic brain kicks ass to the Brown reader—a book published In celebration of Brown University’s 250th anniversary, where fifty remarkable, prizewinning writers and artists who went to Brown provide unique stories—many published for the first time—about their adventures on College Hill. Funny, poignant, subversive, and nostalgic, the essays, comics, and poems in this collection paint a vivid picture of college life, from the 1950s to the present, at one of America’s most interesting universities. 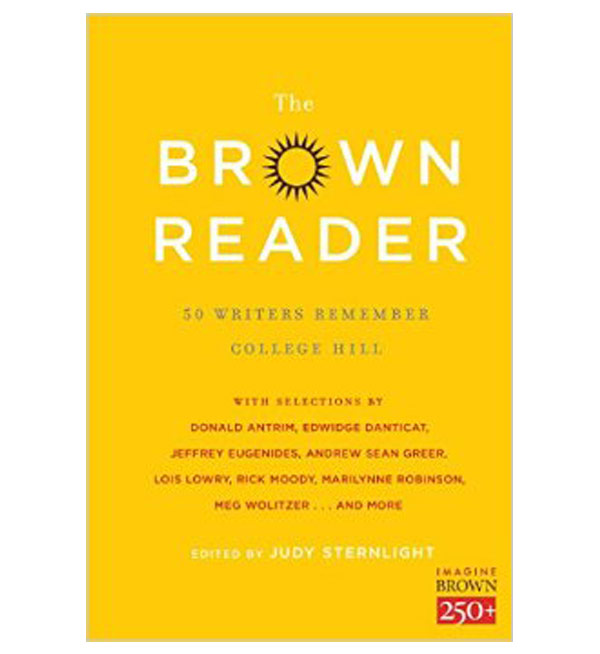 If you have an event, a publication, or neurodiversity need you would like to have Jonathan collaborate with you on, please don't hesitate to reach out with questions.

Appointments can be arranged for audio or video chat sessions.

We're always available for connection via email and will reply promptly.

If you have an opportunity you'd like Jonathan to consider, reach out.